See how you can create, deploy and maintain analytic applications that engage users and drive revenue. See a Logi demo

Use a Fast Data Sink, Not a Lambda Architecture for Real-Time Analytics

Ah, the Lambda architecture.  So data’s getting faster and streaming in real-time?  Great! Oh your database can’t accept a continuous stream of INSERTS and also respond to SELECTS from users at the same time at a high scale?  Behold the Lambda Architecture: 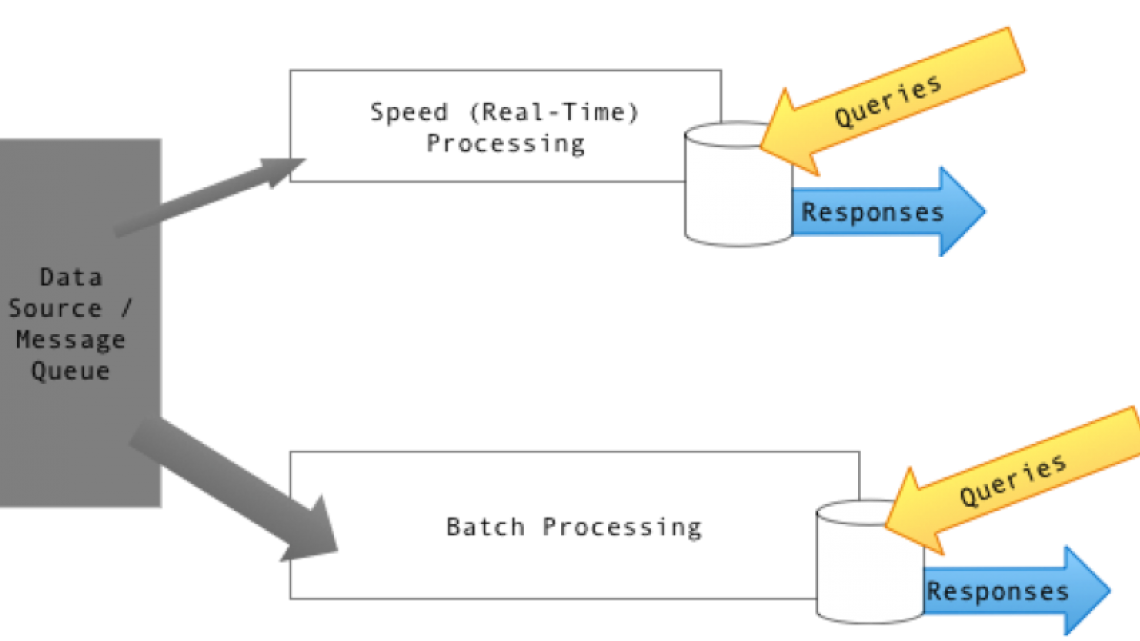 Basically the idea is to keep the fast stuff fast and the slow stuff slow.  I wrote a paper 14 years ago on the challenges of real-time data warehousing.  Fortunately both the data streaming, database, and BI layers have all evolved significantly since then, and now there exists databases and other data storage engines which can support the feature trinity that is needed to do both real-time and historical analytics right, without a Lambda architecture:

We call these engines “fast data sinks” and there are four main groups of them today:

Some people try to use key-value stores and document datastores such as MongoDB and HBase for this type of use case, and it works at lower scales, but as soon as data and query volumes increase they often get too slow to be useful.

When users visualize data in real-time, Logi composer runs lots of tiny queries directly on the fast data sink, effectively “tailing” the data.  But these queries generally include some amount of micro-aggregation, so the raw data does not need to pass through the Logi composer engine. This allows us to leverage the power of the fast data sink, instead of processing the data multiple times or storing it in multiple places.

A Lambda architecture, on the other hand, keeps the real time data separate from the historical data.  This is only needed if they can’t be kept together, there is no other benefit from separating “now” from history. The theory was that some analytics needs to be done on fresh data, and other, perhaps more complex analysis doesn’t need the most recent data.  However in reality you almost always want the freshest data, even if you aren’t analyzing what happened in the last few seconds or minutes, you would certainly want your analysis to include any historical data that had recently been updated or corrected.

When the Lambda architecture was originally conceived, the idea was that another layer, would seamlessly union the data across the “speed” and “batch” layers on behalf of the users.  But that type of tool-level unioning hasn’t happened, and even if it did, wouldn’t support some types of analysis that need the raw data from both layers, such as distinct counts or histogram/binning type operations.

So the net is that today some of the most recent databases and data systems are able to meet the three requirements listed above to be a fast data sink.  And they are getting inexpensive enough to procure and deploy that they can be used to also hold lots of history.  So there really is no longer a reason to consider a Lambda architecture to handle real-time data.  It can all be done in one platform, as long as that platform can act as a fast data sink.

To try Logi composer for yourself, check out our interactive demos.

Logi Analytics is the leader in embedded analytics. We help team put business intelligence at the core of their organizations and products.

Technical What is Multi-Tenant Security?

Multi-tenancy is a software architecture that uses a single application to serve multiple customers. Learn about key considerations for setting up multi-tenant security in your application.

Technical What Is an API?

APIs provide a way for applications to communicate with one another. Learn why they are important for software developers and how they can be integrated with other technologies.

Using big data to succeed in a volatile and competitive global market From credit card and insurance companies, to third-party payment processors and mortgage originators, …

The Future of Healthcare is Data-Driven The healthcare industry has access to huge volumes and varieties of big and real-time data. These healthcare payers, providers, …

What is Apache Impala? Impala, the SQL analytic engine shipped with Cloudera Enterprise, is a fully integrated, state-of-the-art analytic database architected specifically to leverage the flexibility …

What is Apache Hive? Apache Hive is data warehouse infrastructure that facilitates querying and analysis of large datasets residing in Apache Hadoop. Hive provides a …

Subscribe to the latest articles, videos, and webinars from Logi.